Engagement session with an airplane 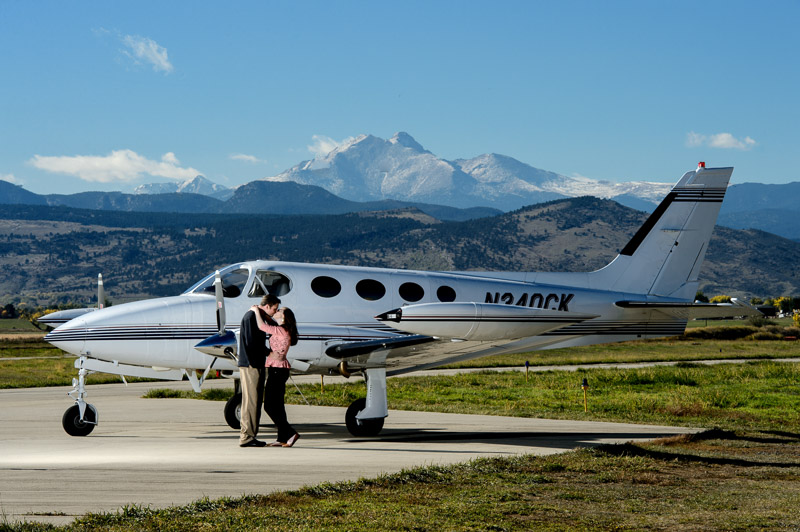 18 Dec Engagement session with an airplane

Posted at 19:53h in Engagement by admin
0 Likes

I was super stoked about this session when we planned it out. Talking to Emily and Kevin about incorporating something that is important to them into their session was a no brainer after Kevin told me his passionate hobby. He flies airplanes with his dad. They own two planes, that they love to fly all over the place. When Emily was living in Sterling, they would fly out to pick her up and bring her to Longmont to have a weekend together. We actually photographed their engagement session after their wedding because of their schedule and then the historic Colorado floods.

Emily was holding off on wanting to do a fall engagement session, when the floods hit. Everything Emily had including all her wedding stuff was in the basement which was flooded. The only thing from her wedding that wasn’t in the basement was her wedding dress. Her wedding dress was at the cleaners getting a spot removed. Emily was the calmest bride I had ever met in a crisis like this. This just wasn’t something small that happened to her wedding plans. Her venue was in doubt as the whole town of Lyons was hit and was not accessible. All her wedding decorations, programs, trinkets, and shoes were in the flooded basement. Along with most of her belongings. Before the wedding when we met, all she said is “we will get married in a parking lot if we have to”. Calm as calm could be.

For the session we met at the Longmont Airport and drove the plane down the runway where we could park it with Longs Peak Mountain in the background. It was off to the side so if any planes were coming or going we wouldn’t be in the way. We were able to do the session on a weekday which meant other planes wouldn’t be coming and going so much. On the weekend it is usually packed, they said. It’s always awesome to be able in incorporate something special about the couple, that means something to them. It’s also great to create art that they can hang big on their wall.

Head over to our website to see more of our Colorado wedding photography.